Seminar at the Filmakademie Baden-Württemberg

Just after starting Artineering, our founder Santiago was invited and flown to Ludwigsburg for a two-day guest lecture at the esteemed Animationsinstitut of the Filmakademie Baden-Württemberg, one of the best animation schools in Germany.

During the first morning session, the technical director (TD) and animation students were introduced to non-photorealistic rendering with cutting-edge approaches in academia and in the industry. This included open problems within stylized rendering, the interaction spectrum and its adoption–together with the challenges involved in making non-photorealistic software art-directed and production-ready.

In the afternoon session, the students were introduced to direct-stylization pipelines with MNPRX. They learned about the toolset and experienced the stylization/art-direction process first-hand. This introduction was necessary for the technical workshops that were to follow the next day.

On the second day, the students brought stylized references that they liked, which we deconstructed during the class. From their examples, specific effects were picked to work on. Based on their interests, the students were then split to work on recreating these effects during peer programming sessions for the remainder of the day.

The effects they worked on included: (1) chromatic depth of field, (2) screen-space linework, (3) thresholded graffiti and (4) color fluctuations. These effects were all implemented to a fair degree of success using MNPR, our open-source stylization framework written in C++, Python and HLSL/GLSL.

Most students showed a remarkable talent and were able to learn and achieve strong results in the limited time they were given, which made our job fun and rewarding.

It was a pleasure being at the Filmakademie Baden-Württemberg and we are looking forward to coming back again! 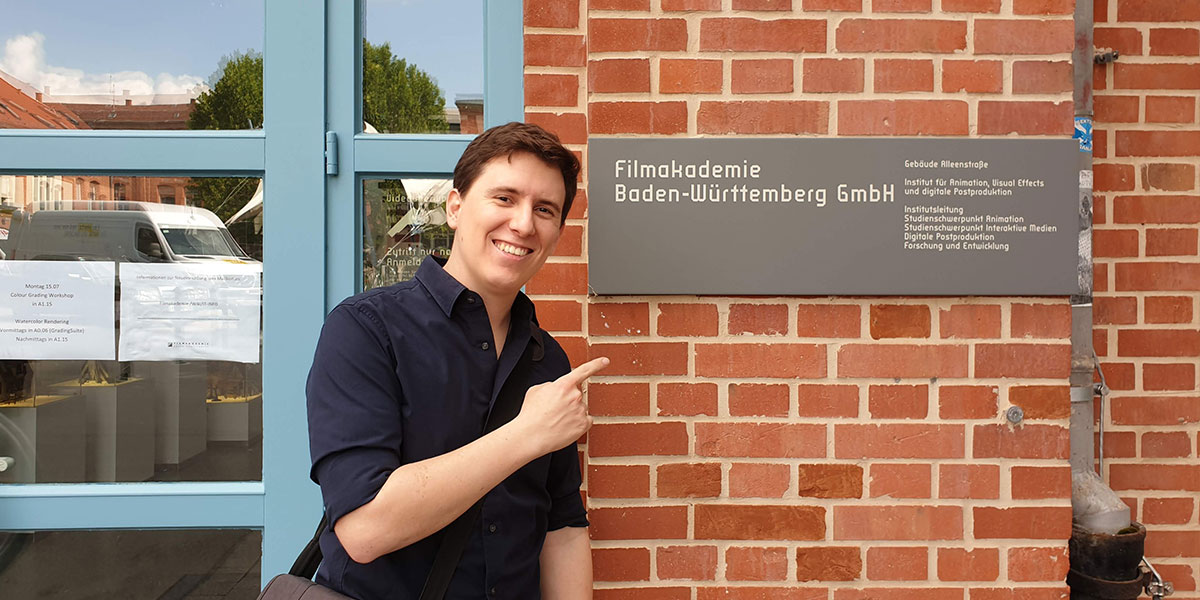 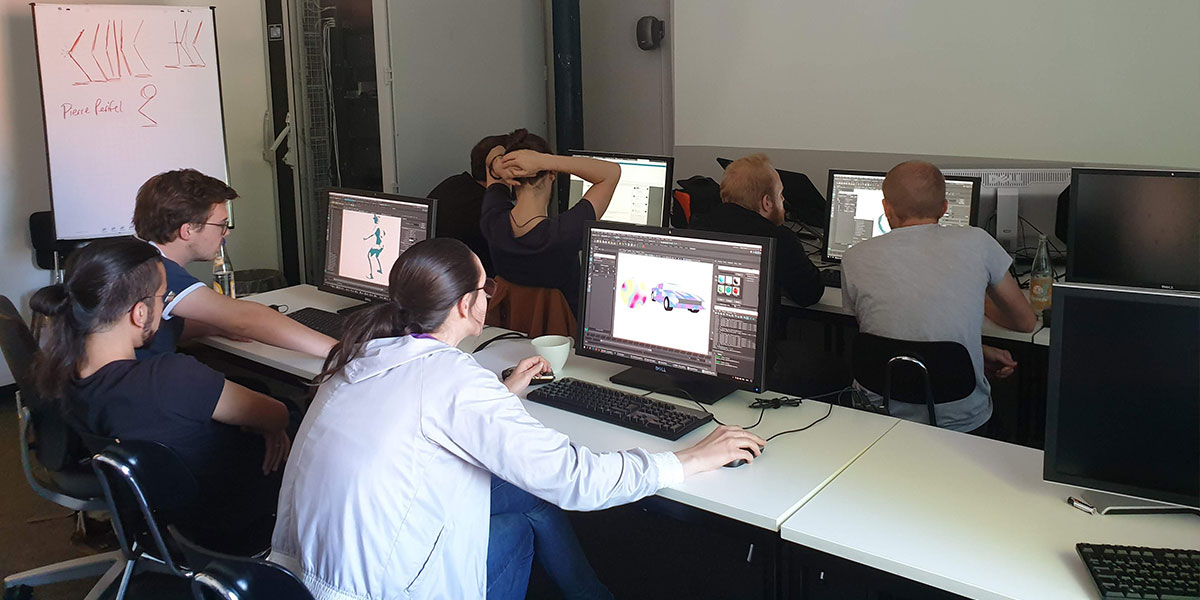 Peer-programming workshop, where students were developing their own effects using MNPR