The Pixar campus, in front of the Steve Jobs Building

Even before Artineering was a company, our founder Santiago was invited and flown to San Francisco for a one-and-a-half day visit to Pixar Animation Studios in Emeryville.

The idea behind this invitation was for him to present his research in non-photorealistic rendering and stir interest within the studio on how things can be done and thought of differently with stylized 3D visuals.

His presentation Stylized Rendering in Real-Time filled the cinema at the Brooklyn building with all kinds of interested artists and developers for 45 minutes of watercolors, pixels and art-direction.

After the presentation, two small, but packed hands-on workshops, of two hours each, were held. During these workshops, artists at the studio were introduced to MNPR and then given free reins to explore and stylize all different types of assets, including Luxo and Lighting McQueen!

The workshops were of special interest for the artists, as they are usually not accustomed to work with non-photorealistic rendering and seeing this happening in real-time. However, they quickly got the hang of it and began experimenting with visuals that had never been seen before at Pixar.

It was truly a pleasure for Santiago being there and an amazing experience that passed way too quickly for everyone. We hope to be back someday and to have inspired them in some way.

We are looking forward to seeing how Pixar will delight us at the cinemas again in the future! 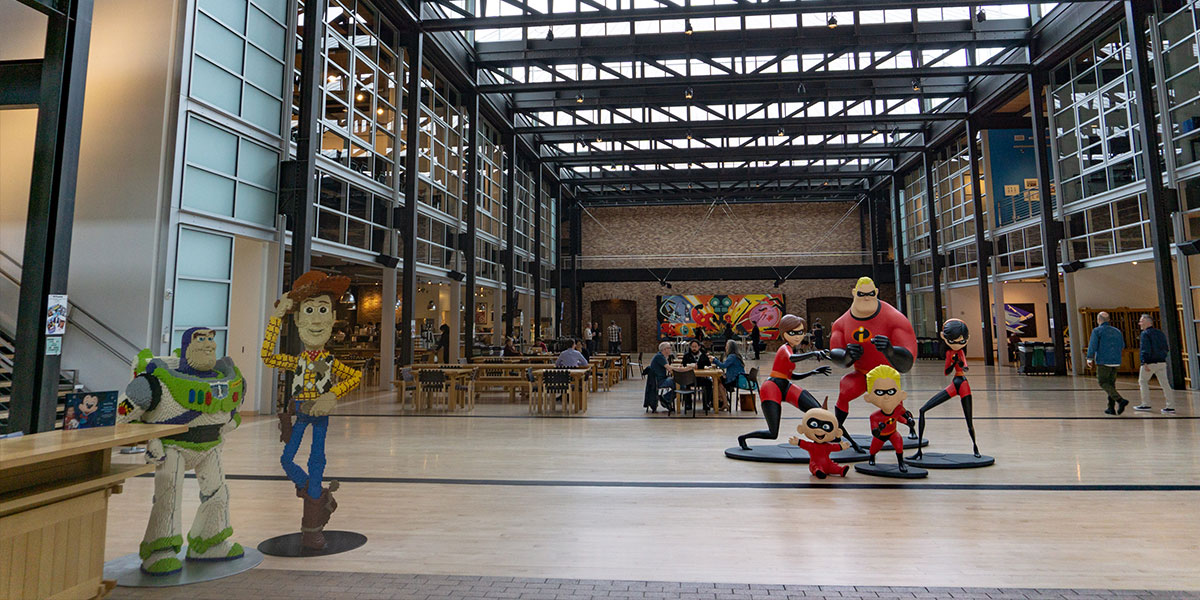 The foyer of the Steve Jobs Building, where the current animated film is mainly produced 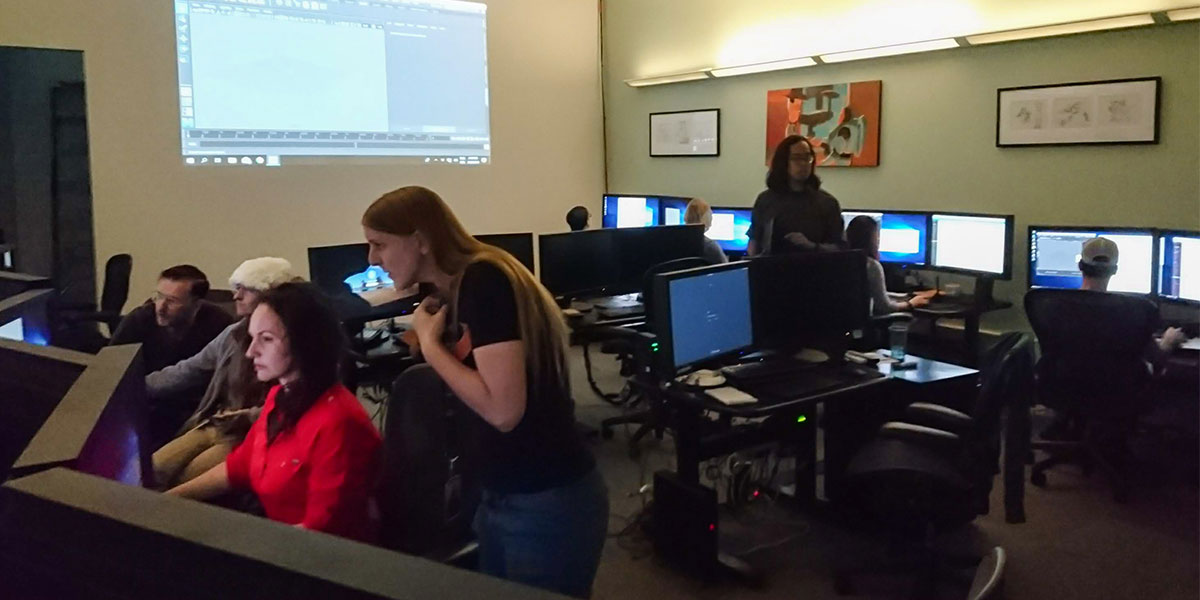 Setting up the computers for the hands-on stylization workshop with MNPRX. We got some Windows VMs working just for it! 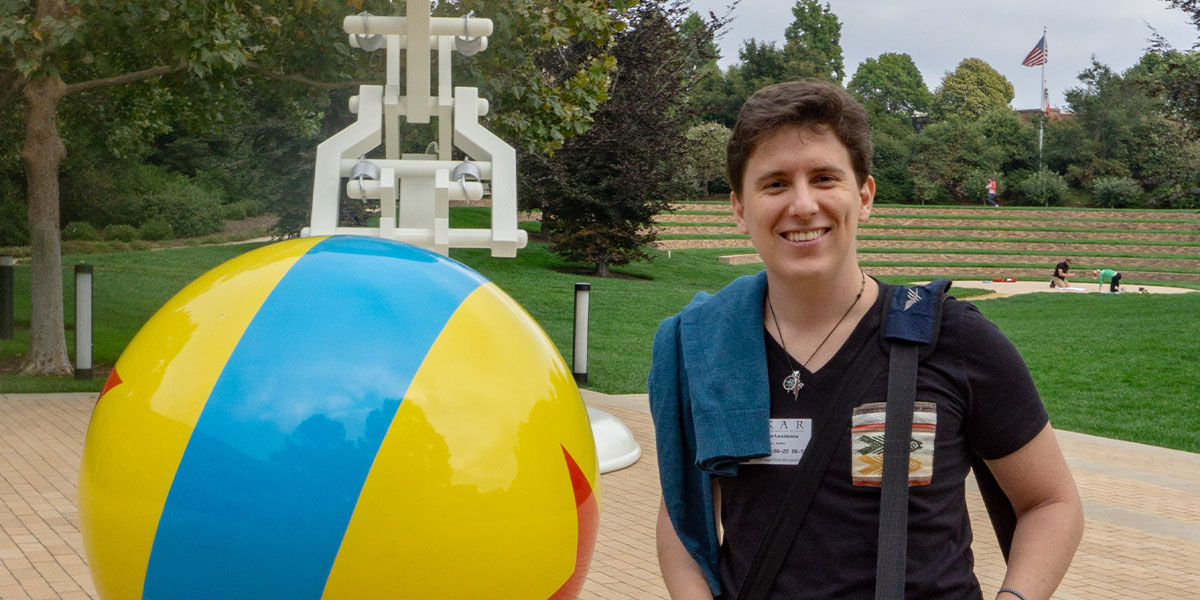